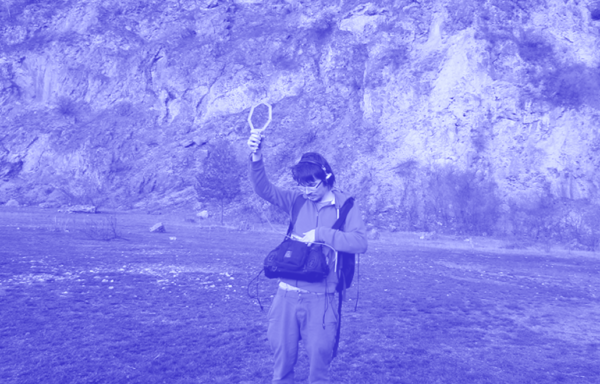 Which are the spaces that we least expect to sing? The mundane, functional parts of our built environment through which we pass, that surround us, but go unnoticed? Slovakian sound enthusiast Jonáš Gruska sees and hears these spaces differently, using vibrational energy and resonant frequencies to turn objects and structures into loudspeakers. For Borealis, Jonáš will be transforming the tunnel between Bergen Storsenter and the Bus Station into a site-specific instrument, using the very walls of this everyday corridor to fill the whole space with sound. As the piece evolves the audience can move along the length of the corridor, hear a different perspective on the piece and mingle with those who are using the space as part of their daily commute.

Bio:
Jonáš Gruska is a sound enthusiast. His main focus are chaotic (poly)rhythms, exploration of psychoacoustic properties of sound, and field recording. He has created several site-specific sound installations, based on resonant properties of spaces and materials. Jonáš has given workshops on sonification, field recording, electromagnetic listening, and programming for artists. He is the creator of the Elektrosluch – an electromagnetic listening device. In 2009 he started the label LOM focused on East- and Central European experimental art and music. Since 2013 he has been organising ZVUK – an outdoor, solar-powered festival dedicated to experimental music.

Jonáš Gruska is presented as part of the Fresh Air project
‘Fresh Air: Current tendencies in music, cinema, theatre and media art’ is a collaboration with A4 and NEXT festival in Bratislava, and supported by EEA Grants and the Government Budget of the Slovak Republic.